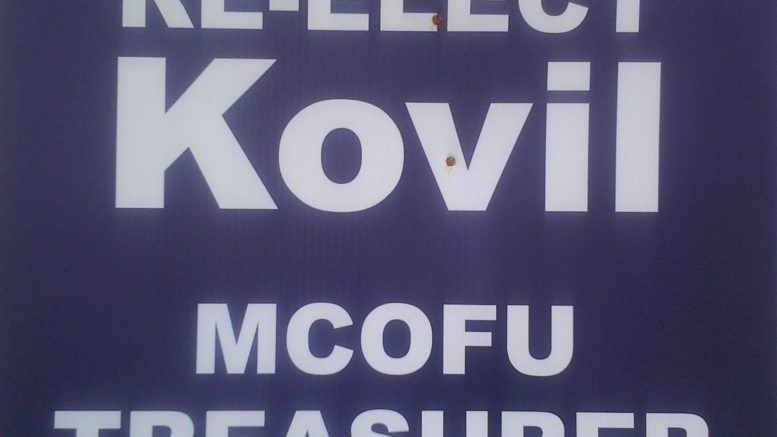 MILFORD – M.C.O.F.U. Treasurer Walter Kovil has served as the unions Treasurer for the last 6 years since 2012 and has over 17 years in the Department of Correction.

Walter Kovil has served at:

Walter Kovil has served as:

6 Years as MCOFU Chairman of the Finance Committee as Treasurer

Walter Kovil does serve as:

It has been an honor to serve as M.C.O.F.U. Treasurer for the past 6 Years. As a practitioner of my occupation, is to the profession of this organization, my profile and portfolio has proven it. As an Astute Businessman I possess the Business Acumen that is Economically Responsible and Financially Accountable for success of Fiscal stability of future growth for MCOFU. MCOFU has accomplished so much in the last 6 Years that has resulted in this great organization being economically and financially stronger than it’s ever been. I am looking forward to working with all of you for the next 3 Years to continue responsibility and accountability for you Bristol County, Dukes County, Plymouth County and Massachusetts State Rank and File Members of the Largest Independent Law Enforcement Officers Union in Massachusetts and in all of New England, MCOFU.