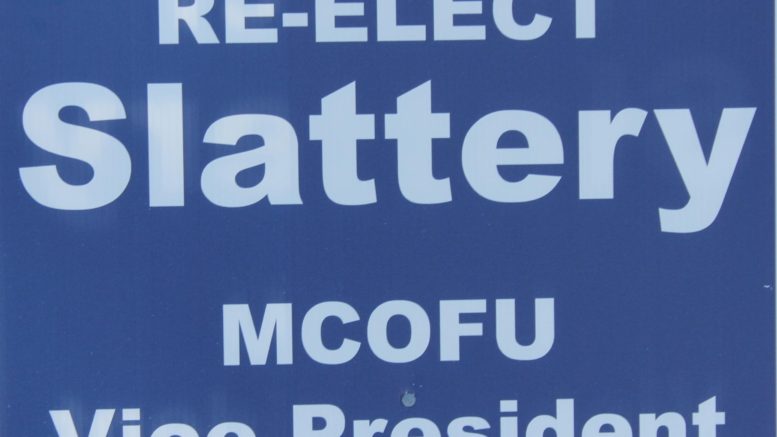 MILFORD – M.C.O.F.U. Vice President Ted Slattery has served as the unions V.P. for the last 4 years since 2014 and has over 30 years in the Department of Correction.

It has been an honor to serve as M.C.O.F.U. Vice President for the past 4 Years. MCOFU has accomplished so much in the last 4 Years that has resulted in this great organization being healthier and stronger than it’s ever been. I am looking forward to working with all of you for the next 3 Years to continue improving the dignity, credibility, integrity, accountability and responsibility for you Bristol County, Dukes County, Plymouth County and Massachusetts State Rank and File Members of the Largest Independent Law Enforcement Officers Union in Massachusetts and in all of New England, MCOFU.
Former Massachusetts Governor William F. Weld said this about M.C.O.F.U. “We Walk the Toughest Beat in the State”.
Former Massachusetts Governor Paul Cellucci said this about M.C.O.F.U. “The True Heroes are the Ones Behind the Walls”.
Vote to Re-Elect Old Faith Continued Progress TED SLATTERY M.C.O.F.U. VICE PRESIDENT