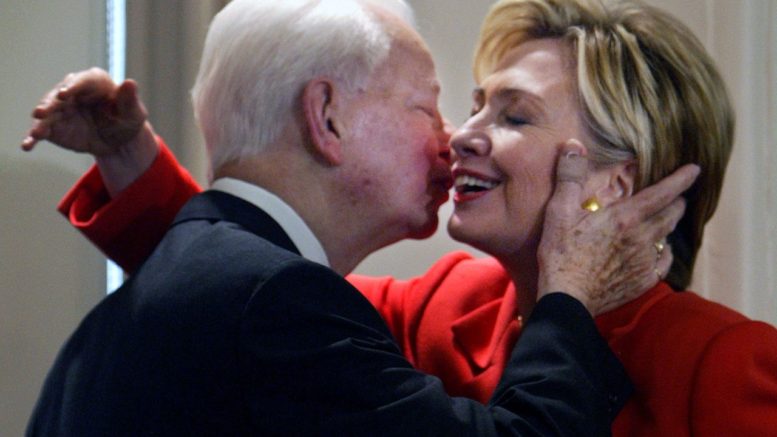 In this July 26, 2004 file photo, Sen. Hillary Clinton, D-NY, is embraced by Sen. Robert Byrd, D-W.Va., at a bookstore in New York where they were launching his book “Losing America: Confronting a Reckless and Arrogant Presidency.”