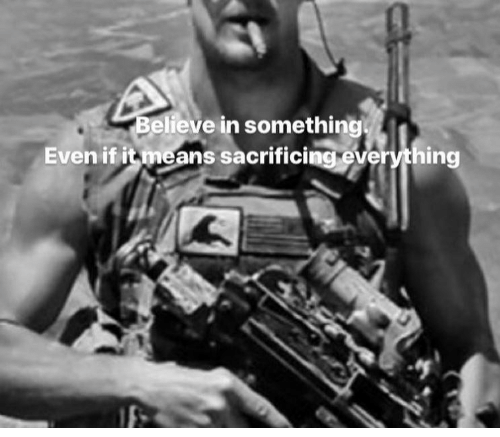 NORTH SMITHFIELD, R.I. — After more than an hour of public comment that focused on racism, free speech and equality, the Former Rhode Island State Trooper and Current North Smithfield Town Council President John Beauregard on Monday September 17, 2018 supported a BOYCOTT of Nike’s 30th anniversary ‘Just Do It’ campaign with Fired X-NFL quarterback Colin Kaepernick “Believe in something. Even if it means sacrificing everything.”

The Town Council voted 3-2 to request that all town departments refrain from buying Nike products. Approval of the nonbinding resolution amounted to a symbolic rebuke of now-deposed NFL quarterback Colin Kaepernick and other players who have kneeled during the national anthem at games to protest the killing of unarmed black men by the police nationwide — and Nike’s recent endorsement of their protests.

The Town Council president, John Beauregard, submitted the resolution, which asks all town departments, including the School Department, to refrain from purchasing Nike products.

Colin Kaepernick while being paid to play football his Un-Patriotic and Un-American protest while wearing socks that cops as PIGS on them and kneeling during the American National Anthem to spectators of the game who paid money for their own sporting entertainment recreational leisure time. Colin Kaepernick has NO 1st Amendment right protection while at work and getting paid.

Colin Kaepernick’ BOYCOTT of the American Flag and National Anthem has expanded to encompass a wide range of the Alt Left, Left Wing Democrat, Progressive, Liberal, Socialist-NAZI, Fascist-NASC and Communist including a group named after a convicted cop-killer.

The Colin Kaepernick Foundation donated in April $25,000 to Assata’s Daughters, a Chicago “direct action” resistance organization honoring convicted cop killer on the FBI’s list of most wanted terrorists as Joanne Deborah Chesimard, “Assata Shakur”, who escaped prison and fled to Cuba after being found guilty in the 1973 murder of New Jersey State Trooper Werner Foerster.

The grant includes $2,500 for CopWatch, a program that trains volunteers to follow and video police, and $15,000 for teen training, part of the group’s commitment to “develop and train young people, ages 4-19, in the Black queer feminist tradition and in the spirit of Assata.”

The contribution came as part of Mr. Kaepernick’s pledge last year to donate $1 million over 10 months to “organizations working in oppressed communities.”

So far he has given $900,000 in grants to 31 organizations, including apolitical services like Meals on Wheels as well.

On December 21, 1971, Shakur was named by the New York City Police Department as one of four suspects in a hand grenade attack that destroyed a police car and slightly injured two patrolmen in Maspeth, Queens.

In 1972, Shakur became the subject of a nationwide manhunt after the FBI alleged that she led a Black Liberation Army cell that had conducted a “series of cold-blooded murders of New York City police officers”. The FBI said these included the “execution style murders” of New York City Police Officers Joseph Piagentini and Waverly Jones on May 21, 1971, and NYPD officers Gregory Foster and Rocco Laurie on January 28, 1972. Shakur was alleged to have been directly involved with the Foster and Laurie murders, and involved tangentially with the Piagentini and Jones murders.

As of February 17, 1972, when Shakur was identified as one of four BLA members on a short trip to Chattanooga, Tennessee, she was wanted for questioning (along with Robert Vickers, Twyman Meyers, Samuel Cooper, and Paul Stewart) in relation to police killings, a Queens bank robbery, and the grenade attack. Shakur was announced as one of six suspects in the ambushing of four policemen—two in Jamaica, Queens, and two in Brooklyn—on January 28, 1973.

Between 1973 and 1977, in New York and New Jersey, Shakur was indicted ten times, resulting in seven different criminal trials. Shakur was charged with two bank robberies, the kidnapping of a Brooklyn heroin dealer, the attempted murder of two Queens police officers stemming from a January 23, 1973, failed ambush, and eight other felonies related to the Turnpike shootout. Of these trials, three resulted in acquittals, one in a hung jury, one in a change of venue, one in a mistrial due to pregnancy, and one in a conviction; three indictments were dismissed without trial.

Earlier in the day, the American Civil Liberties Union of Rhode Island urged the council to reject the resolution.

“Just Don’t Do It” Campaign

Stand for the Flag and National Anthem and Kneel for the Cross and God…..

Stand for something, or you’ll kneel for anything…..