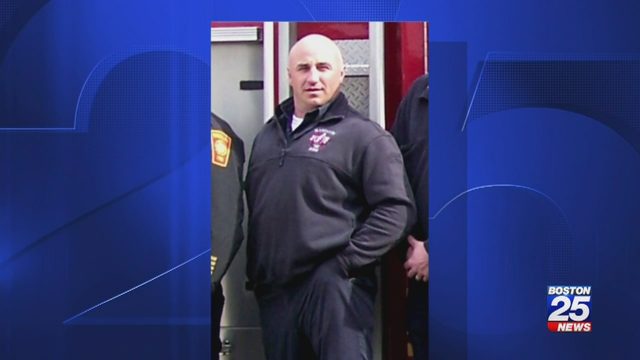 Boston 25 News has learned that at least 11 people claim Donald McNeil agreed to do work, but left it unfinished or not started after collecting their money.

“We had seen the work he had done, and we were interested,” Caitlin Buron, one of the people who claims she is a victim, said. “We paid for services that he subbed out, the subcontractors were not getting paid.”

One of the subcontractors hired by McNeil is a local firefighter who had been a long-time friend. He asked not to be identified.

“The trust he had, had a reputable company, used that as a weapon,” the subcontractor said. “The check bounced. I called Don and he apologized. Someone bounced the check on him. He would make it right and get the money.”

That job, which was worth $25,000, was completed, but the subcontractor says he never got the money from M&M Construction and needed to take out a loan.

“I didn’t eat or sleep for several weeks,” he said.

Buron hired McNeil to do work at her Bridgewater home, but she says the job was left incomplete.

“They refused to come back and finish the work. Leans were put on the house,” she said. “I don’t have the money, I paid them. They are lying.”

Mcneil recently filed for Chapter 7 bankruptcy, leaving Buron and the other victims with incomplete work in their homes, and out of thousands of dollars.

“How dare you do this to my family. You lied to me, you stole our money and now you are walking away,” she said.

Boston 25 News reached out to McNeil. The attorney sent us this statement:

“Mr. McNeil has dedicated decades of his life to helping his community. Consistent with this track record, Mr.Mcneil had no intent, criminal or otherwise to harm any individual in connection with these alleged events.”

While there are several cases pending against McNeil fin Dedham District court, he is currently only criminally charged with one count of larceny.