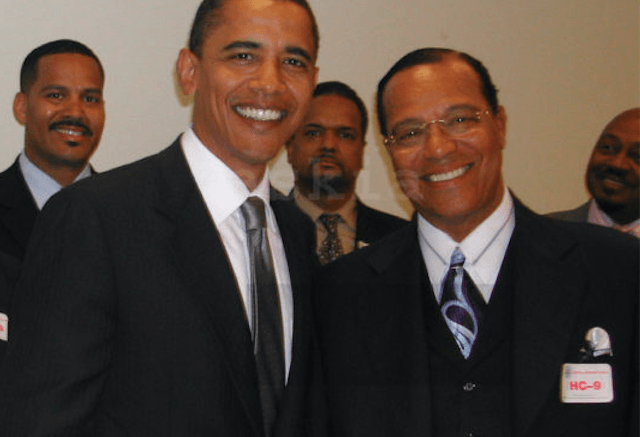 A photograph of then-Senator Barack Obama (D-IL) and Nation of Islam leader Louis Farrakhan that was taken in 2005 at a meeting of the Congressional Black Caucus in Washington, DC, was released Saturday after a 13-year cover-up to protect Obama’s political career.