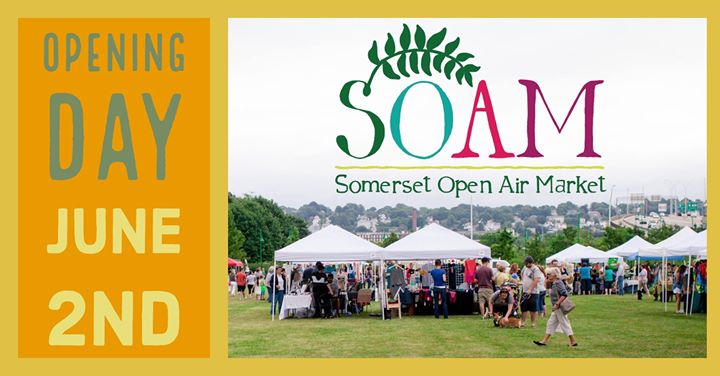 When Faunce and her husband bought their Somerset home in 2013, she couldn’t help but notice the big open field on the corner of Riverside Avenue and Newhill Avenue. Its REAL name is called Slade Field after the name of the family that donated both the water front and water view property.

Faunce wondered about the open field and its name is called Slade Field. She said she posted on Facebook asking about who owned the space and how she could get her hands on it. And that’s just what they did!

The Town of Somerset’s Board of Health should be inspecting all of these portable and mobile food vendors every week, because they are not a base food establishment and each vendor should be paying the Town of Somerset’s Board of Health Inspector each and every week and then they get a health inspection and sales certificate and the Town of Somerset is losing money. Do these vendors have a Massachusetts State Department of Revenue (DOR) Tax Id Number (TIN) and a United States Federal Internal Revenue Service (IRS) Tax Id Number (TIN) and Employer Identification Number (EIN).